This may be a new feature...or I might just do it once.

I'm going to put in a new album, and review the first track, as I hear it for the first time. This might be cool, and it might capture the immediacy and fun of throwing on a brand new album. 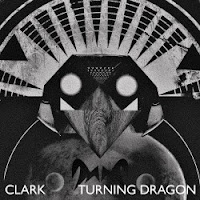 Starts off sounding like old Warp acid music...like old LFO played on a wax cylinder in Aphex Twin's basement. Then, as Clark has been prone to do, there's a synth sweep, and the same acid track rips out of the speakers with ridiculous clarity. This shit is monstrous. This is acid-trip-day-three-on-the-dancefloor-in-hell music, and my bet is that most of 'Turning Dragon' represents in the same way.

Can't wait for the headphones.
Posted by Clitoris Rex at 3:36 PM 1 comment: 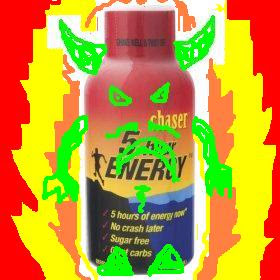 5 Hour Energy is an evil product.

I took one today because Ant is always yapping about its benefits. He neglected to tell me that it would liquefy my insides and make me all jittery and jaw-clenchy.

Basically, its like coke minus the 3 hour conversations about which of the "Big Four" 80's thrash bands were the most influential.

The answer is Slayer, by the way, but I didn't need ol' 5 Hour Enema to tell me that.

You expose the film in me...

It was a last minute decision to check this show out but I'm glad we did. Ant and I spent many long, stoned, dormy nights with this band. Namely, their ridiculously trippy DVD for "Rings Around the World". What a wonderfully over-produced album!

The Rings Around the World DVD was actually pretty ambitious for its time...6 years ago. One unique video for every song on the album was fairly innovative...at least to me.

We bonded, high off shitty schwazzy weed in Putnam hall over that DVD the same way we bonded over "Without Me" (wow, Jenna Jameson used to be good-looking...) when it came out. Not lying...we must have played it 40 times in one night...

Anyway, so, now that the guy is living on my couch its only fitting that we finally checked this band out last night.

The show was unbelievably charming. Once Gruff came out and sang the end of "Slow Life" through a huge Power Rangers helmet, I realized...that once this band is stripped of studio trickery, its their humor that really carries them. Their music sounds like a mix of classic American guitar rock, 60's pop, and late-90's Warp-acid-electronica. Which, should be clear, is a great mix, but it requires a lot of potentially wanky production tweaks (namely when they bring out the blips and beats) that, without a sense of humor would be obnoxious and pretentious. BUT, the Furries have humor in spades (it was clear from their perfectly timed stage banter) so all was well on stage.

They played some damn classics, and some songs I've never heard before. Which was fine...whatever song they played from "Love Kraft" was the highlight, maybe because Ant started yelling something about the Allman Brothers when it started.

They wrapped up with their perennial closer - "The Man Don't Give a Fuck" and graciously walked off stage, probably to jump in some weird interspacial submersible, to head on back to Wales. It was their last show of the tour and they were rightfully excited to get home.

Here is the second-to-last track they did:


And I forgot how great this video is:


More pictures and video from my roommate after the jump...if "after the jump" means "once I have time to borrow his camera"...

Have a great day...I'm going to spend it trying to differentiate my ass from my elbow.
Posted by Clitoris Rex at 10:35 AM No comments: 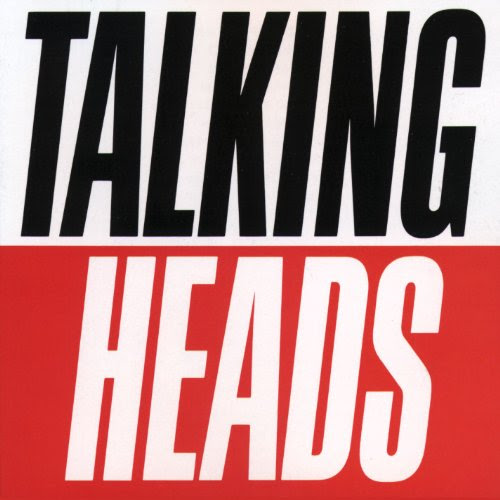 For anyone in New York City right now, I hope you can see how perfect Amplive's timing is on this one. With the whole city sogged up and dripping, its only fitting that Amplive picked today to get his Radiohead 'In Rainbows' Remix album, "Rainydayz" onto the internet for all to share.

He was originally slapped with a cease and desist from the band, but no doubt Radiohead sees the benefits of windowing their marketing plan, hopefully realizing that the release of this remix record will spit a little new life into the substructure that keeps this record moving long past the traditional release curve. So the cease and desist has ceased and desisted, and its a good thing, because everything I have heard on this is damn damn good.


EDIT: I wrote that before I heard most of it, and really, its amazing. If you've spent any considerable time with 'In Rainbows' (I'm sure many have...Ogre?) or if you have internalized any of the songs in any way, 'Rainydayz' is satisfying - its respectful enough to the original work that it makes you "re-love" elements of the source material (which is what remix albums should do in the first place) that you may have overlooked, while at the same time its easy to appreciate the new work that Amplive has created with the source material. Does that make sense? More simply. THIS=GOOD
Posted by Clitoris Rex at 10:31 AM No comments:

Aw Shit, so I know this was last week, but I guess timeliness is not one of our tenets here at ol' Name Drop Acid.

The show was fantastic, and it was a fine period to this weird ass run on sentence I've been writing about Hot Chip since before Christmas. I went with my good friend Miles, and Andrew, my current editor at MetroPop, also the guy who gave me my first internship out here.

After a whiskey or two, we made it in to Highline to check out Devlin and Darko warming everyone up. They threw Burial's "Archangel" on and it was a definite highlight. If you haven't heard Burial's album "Untrue" yet, its a moody piece of dubstep cement. Awesome.

Before "the boys" were even on, Miles had already roped in two pretty girls with his ridiculous gift of gab. Seriously, the kid can TALK, non-fucking stop, and sometimes girls like that. I played straight man to his Jerry Lewis, playing the wall and throwing in an occasional comment so they knew I wasn't mute.

Miles dances like all of my aunts put together, wiggly, white, and unashamed. By the first thwacks of "shake a fist", he had them both dancing excitedly, while Andrew and friend made their way over to us to "bro-down" on some canned beer.

Check the ending...its the best, and look at Felix in the middle, I guess he was unbelievably ill that night, he looks like he is about to drop dead. I seriously have this whole damn album memorized, so much to the point that it was disorienting when they switched up minor things like phrasing. This album is hard wired into me, my strange friend Omnii once told me that he could cue up an entire Boards of Canada album in his head and play it from start to finish by memory. I now know what he was talking about.

By the time "Over and Over" came through, I was high-fiving Andrew, ranting "thank you's" at him, for giving me the first and most important hook up out here, the one that led to exactly the last two years of madness that I have been proud to call "my life".

"Wrestlers" (my least favorite track on the new album...sorry guys it had to be one of them) was a great cue to go fill my pockets with canned Rolling Rock. Yes, thats right, Rolling Fucking Rock.

"Touch Too Much" came on and I was stealing Miles' dance partner, it wasn't like he cared, he just continued to dance like a white woman, one drunk hand waving in the air, the only other guy in the room who knew all the words.

Beautiful, all of it. As I slammed down mini-burgers at Pop Burger I was so proud (and drunk) to have been a part of this whole wacky process. Now I need to find another band to go all "fan-boy" on. Rest assured, no more Hot Chip for awhile, I promise.

Have a great weekend.
Posted by Clitoris Rex at 1:22 PM No comments:

So its Ash Wednesday and they are all walking around midtown with those crosses on their foreheads. It bizarre...the really interesting part is that one out of every five crosses was installed upside down. So brutal. I wonder if there are priests... rabbis? (I am spiritually well-rounded obviously) out there who just throw the upside down ones in as a joke..

Maybe it means we are entering a time of change. Religion is personal, and I am too lazy to look up "Ash Wednesday" in Wikipedia, so I am going to take these ashy crosses as tiny signposts, each one reading, "flux".

Good. The seasons drag on and people get antsy. Ant is moving out here to sleep on my couch for 3 weeks (and not a day more you freeloading maniac), former magazine employers are ready to jump their respective ships, relationships die, divorces happen, the sky opens up.

Or maybe its just a current fixation. If was fixated on continuity, I would only be interested in that which is consistent. I'm not though, and consistency is nowhere near my radar.

Change is a good one though. Upside down crosses and all, I have ideas. Being remotely untethered, my variety of options is pretty damn wide.

Thats really all. Sorry for the boring post, kids.

Posted by Clitoris Rex at 12:06 PM No comments:

Carl Brutananandalewski has some opinions about the upcoming super bowl. Apparently he has been posting these "video blogs" ALL FOOTBALL SEASON. WHERE WAS I?

Anyway, this is hilarious...
"You look at that cast, its a blade, stickin' out of it. Designed to stab Giants."

Posted by Clitoris Rex at 11:11 AM No comments: