This show was so sweaty I had to burn my clothes afterwards.
Posted by Clitoris Rex at 6:05 PM No comments:

This weekend, I "went" to the Siren Fest in Coney Island. By "went" I mean, my girl, Miles, his girl and I all sat and drank beer in the sun while Ant got all uppity and ran around in the heat to actually "watch" the music...it was his first time there, bless his lil' heart.

As we sat and let the sun and beer drain our spirits away, some pretty great bands played. Parts and Labor was the only band I really "watched", and they were fun. It was more fun to make fun and call them "Parts and GAYbor" to piss off Ant, but that backfired when they ended up being awesome.

After that, it didn't take long for the Coronas and the oppressive 99 degree heat to drain me into a useless state that would be better suited for a lawnchair in a nursing home. Every time I go to Siren its like that. Its hot as fuck, too crowded, the sound is "eh", and I drink a little too much to stay frosty. Why then, do I go? Hell if I know...

I tried to see Islands, but I could only stand getting bumped into by sweaty assholes in day-glo urban outfitters sunglasses for so long, so I got the hell out of there.

Anyway, I did get a little footage of Broken Social Scene as I wandered to get more beer, before passing out peacefully on my girlfriend's foot on the beach.

Sunday though was much more successful. McCarren Park Pool on a Sunday was like a waterballoon to the face during Siren Fest. It was fucking refreshing, not very crowded, plenty of places to chill, and they had a slip and slide, which I threw my skinny ass down about 9 times.


Fuck Buttons. I could listen to this shit if my hair was on fire.


Liars - The Other Side of Mt. Heart Attack


Liars - Plaster Casts of Everything

So, in closing. A disorienting Saturday, and an ideal Sunday. And a slip and slide.
Posted by Clitoris Rex at 5:51 PM No comments:

I am starting a new project that I am really excited about. Standard practice for me is to shoot my mouth off about my new "projects", talking a big game and forgetting to deliver when the time comes. I'm not going that route this time, because I really believe in this one and I am more excited to work on it, as opposed to just talking about it. All I will say is that it is a photo/writing collaboration with a good friend of mine. Here are the seeds of the project: 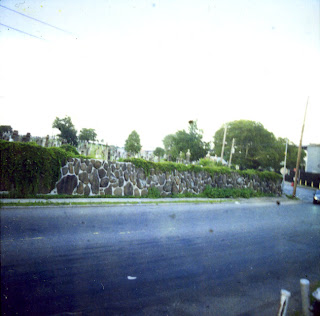 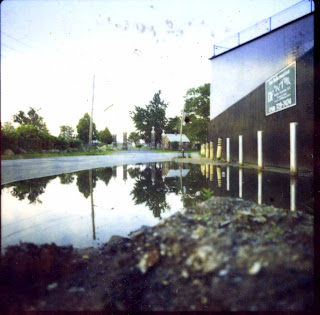 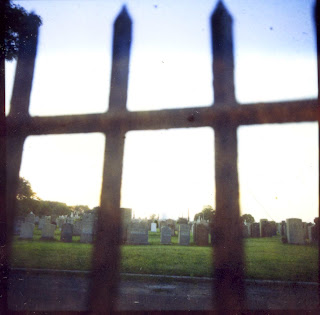 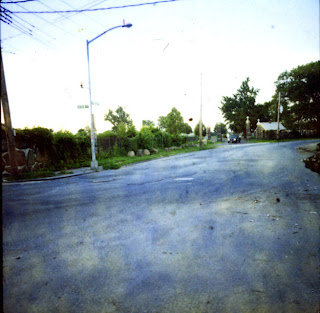 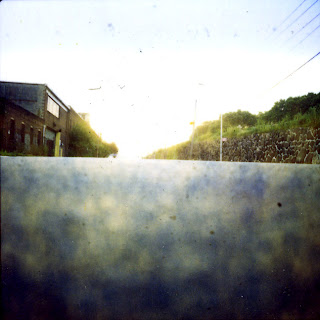 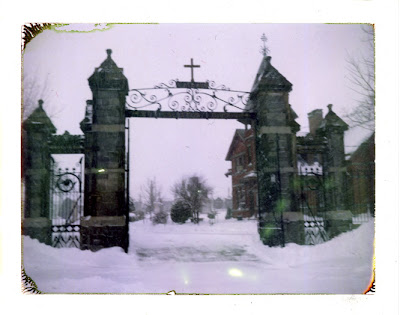 I've said too much...but I'm really excited to devote a majority of my energy to this one, so i had to say something.

Have a great weekend.
Posted by Clitoris Rex at 12:21 PM No comments:

I've been bugging out about this song for a while now, but I haven't had time to write anything down...I still don't. All I have time for is a poorly written rant, but believe me, this track has affected me in ways I didn't expect it to.

The first time I heard this I thought I got some fucked up Baile Funk remix...with the rhythm, the canned horns, and the wacky percussion, I freaked. I liked it, but I wanted to hear the original. There is no remix. This is it! What the fuck?

Alright, I know hyperbole isn't hip, and that Bloc Party are free to do whatever the hell they want, but this was definitely a little jarring to hear from them. And it still is.

I suppose it's more "The Prayer" than "So Here We Are", and with the odd electro thing called "flux" I shouldn't be too surprised they came up with this for the next single.

Now here is the other thing... it works. True it sounds like Bonde De Role featuring Kele and there are no "instruments" to speak of (wtf was the band doing the whole time they were making this? stealing horn sounds from Howard Jones?),and it has "screwed up" vocals, yet somehow it sounds fucking awesome.

Kele shakes his fist into space as Mercury moves backwards across the sky..."Mercury's in retrograde", and the resulting cosmic distortion sets the Earth on it's other ear. He's "sleeping with people I don't even like" and when his future love passes him, he blows his chance...all he can say is, "hey".

He's got scars all over his hands, and as the fucked up subway percussion grows it kicks John Williams in the ass and he strikes up the international cinematic symbol for "downfall" - blaring horns and descending brass scales. It all comes apart. Kele's chances at love and happiness die before his eyes, Pepsi becomes Coke, Dogs and Cats live together, and society collapses, tearing itself apart at the altar of some kind of mutant tyrant.

After the crash, Mercury indifferently heads back in the right direction.

The video is cool, but its better looking in my head.


That's all I got. Just wanted to express a shred of the weirdness that comes to me as I listen to this song. I love this band.
Go to the site and buy the disc box.
Posted by Clitoris Rex at 5:30 PM No comments:

You always were an asshole Gorman...

Well...I tried to formulate my thoughts into some kind of explanation and this is what I came up with...Its about a minor character in the movie "Aliens" a film that for all intents and purposes, is totes in charge. Fuckin' kids today with their slang.

Actually I'm just blastin' sand up yer skirts. I wrote this a few months ago while watching Hellraiser II: Hellbound (abomination) in the airport on one of my many trips home. I really fucking like 'Aliens'.

Ok, "Fuck Her Gently" just came on, and I need to help these people sing along, so enjoy the "piece" "called" "Gorman" that I "wrote"...[whoa: hitting space bar here accidentally made me stop Europe's "The Final Countdown" mid-intro...apparently, on the macs, and in itunes, when you just switch back to check the song, "space bar" means "stop/play"...so I just stopped Gob's theme song during the best part...the keyboard riff-o... in a crowded bar full of beer-pongers at 2 am on a Friday night. I just ducked a beer bottle...and a prosthetic leg. Don't drink and blog people.]

...and oh yeah, I barely edited this. Strunk and White is punks.

I started watching Hellraiser II, and in the course of its hand holding, signposting, cloying, ball-scratching over-exposition, I realized something that maybe only a few nerds and 80's movie freaks have realized. Lt. Gorman is in Hellraiser II!!! That's right, the green, inexperienced, weak lieutenant who marched Sgt. Apone and his sorry marines into hot doom under the primary heat exchangers in Hadley's Hope, the sole settlers complex on the similarly doomed planet, LV 426.

I suddenly really really really want to watch Aliens. Wait...not want. I need to watch that movie. I may walk down to the horridly overpriced DVD kiosk in this airport and drop my hard earned money on that masterpiece. For the film is so perfect that even Gorman, a minor character played by a throwaway 80's actor (Now! With the med student guy from Hellraiser II!!), was played perfectly, or at least the tumblers (casting, script, wardrobe, jimmy cameron) lined up for this young wide eyed actor to be the perfect fit to play the military brat who probably got his stripes through letters from his rich brass uncles, as opposed to hard scars and mud cuts in the trenches.

He sucks in Hellraiser II, but in Aliens, he's perfect. The way when he takes off his hat, rubbing his newly short hair, he's obviously confused by the unfamiliar (yet required) military buzz cut he most certainly received just hours before. The way he opens up his first speech to his own troops... he cant even remember their names...

(Hudson raises hand)
Gorman: What is it, Hicks?
Hudson: Hudson, sir. He's Hicks
Gorman (looking embarassed): What is it, private?

He spits out the word "private" like a watermelon seed covered in bile. Covering up his own embarassment by reducing his man to his rank, comforted again by his undeserved place on the totem pole.

Oh, he is most certainly going to fuck this thing up.

The way he most certainly skipped most levels of military protocol. He skipped the destruction of his spirit and identity in boot camp, he skipped the rebuilding and re-tooling of his psyche to be an effective weapon of destruction for The Colonial Marines.

He is going into battle just as you or I would...callow and confused and shackled with the weight and trouble of a lifetime of human emotions. He is going to crack nearly instantly and everyone knows it.

That is just Gorman. That doesn't even touch the wild humanity of Hudson, the career-company man focused indifference of Burke (again, perfect casting of Paul fucking Reiser), the sleepy eyed power of Hicks falling asleep peacefully as he descends into hell, the tough fatherly guidance of Apone who knows he is just as fucked as the grunts he is supposed to lead, the weirdness and odd spirituality of Drake with his reckless charms hanging from his rifle, and his valkyrie Vasquez (they were totally fucking) who only needs. to. know. one. thing. "Where. They. Are".

Shit, there's even Farro, with her "fly me friendly" stamp, all "I can drink you the fuck under the table" confidence behind classic aviator shades. A fighter, even after she gets her skull perforated she fights to clear her windscreen of her own blood. She was also the blueprint for the new style Starbuck.

That says nothing of Ripley, Nothing of the ultimate heroine, someone who by dumb chance is now doomed to exist only when the perfect killing organism rears its ugly head. The only time she wakes up is when there is bug hunting to do. The only time she goes to sleep is when its over....until the next time.

"Man whats this crap supposed to be?"
"Cornbread i think."

Another trip to one of the strangest venues in the city last night to see Kode9 and Dub War lay down some brutal dubstep shit. Apparently, it was the first DJ set ever to grace the venue, so Dub War set the stage by gloriously blowing one of the main speakers with their un-fuckin-believable basslines.

Afterwards we went to The Patriot to duck Hepatitis and drink cheap PBR pitchers. Good stuff right there. Good stuff.

Posted by Clitoris Rex at 2:46 PM No comments: