NO TIME TO WRITE THIS BUT IM GOING TO ANYWAY. IM BOARDING A FLIGHT IN 3 HOURS TO FLY HOME AND IM STILL AT WORK MAD SHIT TO DO BUT IM GOING TO DO THIS ANYWAY BALLS BALLS BALLS. THERE IS NO ORDER, NO LAW, THIS WILL BE HORRIBLY EDITED AND MOST OF IT PROBABLY WONT WORK BUT WHO GIVES A RATS ASS THESE KIND OF THINGS ARE ASININE ANYWAY.

1. Mae Shi - Run To Your Grave (Live at the sweaty-crack Market Hotel in Brooklyn this summer)
Ant and I got half naked for this one, not cuz we're gay or nothin' but because if we didn't, we would have DIED. The inverse of two naked dudes - one hypothermic, one not - spoonin' each other naked in a sleeping bag. We really do do this all the time.


2. Bourbon Ball French Toast at Lynn's Paradise Cafe in Louisville.
Somehow this video got like a billion views. I don't blame anyone who watched 30 seconds of this, but half a minute with this little beauty was not long enough. As Goldie said of the time he slept with Naomi Campbell, "I had to whack off like 4 times before I did it so I could last longer". Thats how this French Toast was for me...only without the drum and bass and gross-ness.


3. Lil' Wayne "A Milli" live in the round on FNMTV
Not only is this song fucking amazing, this is one of the best performances I've ever seen. Awesome enough to snap me out of an entire year's worth of web-cruising ennui.


4. Steve Reid and Kieren Hebden - "NYC"
Not even sure if this is out yet, so if not, refresh this page at around midnight in 8 days and POOF! Relevance! I've always dug Four Tet, and I thought his other collabos with Steve Reid were worthwhile, but this is the next step, more congealed, and fuckin beautiful. I'd call it this generations "On The Corner" if we even had a "Generation" or if I ever had the patience to sit through "On The Corner"
Check Out "Lyman Place" Here

5. Hot Chip - Made In The Dark
Early 2008 was pretty sweet solely because of my intimate involvement with this record. I was tasked to write a piece about the album for Metropop, and while the piece is just OK as far as I am concerned, my time spent in the hedgemaze that is "Made In The Dark" will never be described on paper. The record is big...really big. Bigger than the tiny blokes strumming guitars that we all first heard on the Mexico EP, and their "debut" Coming On Strong. With this one, from mere mortals they became Ultraman villains, huge shifting behemoths stomping entire cites under disco boots, ultra-rare sneakers, and wrestler boots.


6. Tokyo Gore Police
90 minutes that I wouldn't take back if you paid me. 90 minutes happily devoted to the most glorious Cronenberg-ian, RoboCopping, Body Horror-ing, Penis Cannon blasting Blood Leg flying Head Exploding Pigfucking insane madness since...well...fucking...anything. See this movie. Bring your Grandma, your girlfriend, and your ex-girlfriend. Who dares wins.

Uhh... NSFW OR ANYTHING ELSE


7. Evil Nine (Ft. El-P) - "All the Cash" (Glitch Mob Remix)
Yeah I know I already wrote about this, but it will be still be brilliant for at least the rest of the year.


8. Michelle and I getting featured on NPR. Thats just sweet. Sorry for the shameless self-promo but I'm proud god damnit.

9. CHECK OUT THE TITS ON TITUBA.
Best band name ever. The rest is inconsequential.


10. Discovering Shugo Tokumaru
His closet full of tiny percussion, his weird blues/slide-guitar via Japan riffs, and the way he pronounces "Parachute".

11. This Dan Deacon Performance, and the 14 hours that led up to it. Thanks Miles and Ant (and Milos, sort of), ya fucks.


12. The Bug - London Zoo
The sequel to Kevin Martin's debut as The Bug, Pressure. Call this one "The Legend of Curly's Gold"....except...good. Martin still fucks with the dancehall sound, burying it 6 feet below a rotten strata of broken speakers and fried amplifiers, tended by a scattering cabal of paranoid maniacs and thinkers with megaphones. Turn it up and say it with me now. "Skeng".

Evil Nine (Ft. El-P) - All The Cash (Glitch Mob Remix)
Can't stop listening to this. El-P's density is his most attractive asset, and that's not a fat joke. Like most of his tracks, his lyrics are a grower, but the beat here is instantly accessible (a shower? too much). Regardless, the louder the better, and the dense lyrics ricochet off the Glitch Mob's drums like stray bullets.

Thats all I got. Work has been wicked busy, and if anyone is going to be in Minneapolis next week. Call me. We drink the beers.
Posted by Clitoris Rex at 12:43 PM 1 comment:

I don't know much about the Rolling Stones, but surely this song must be their finest achievement. To their longtime fans, this song is clearly the one to judge the rest of their output by. This is their "Master of Puppets".

Too many damned blogs... 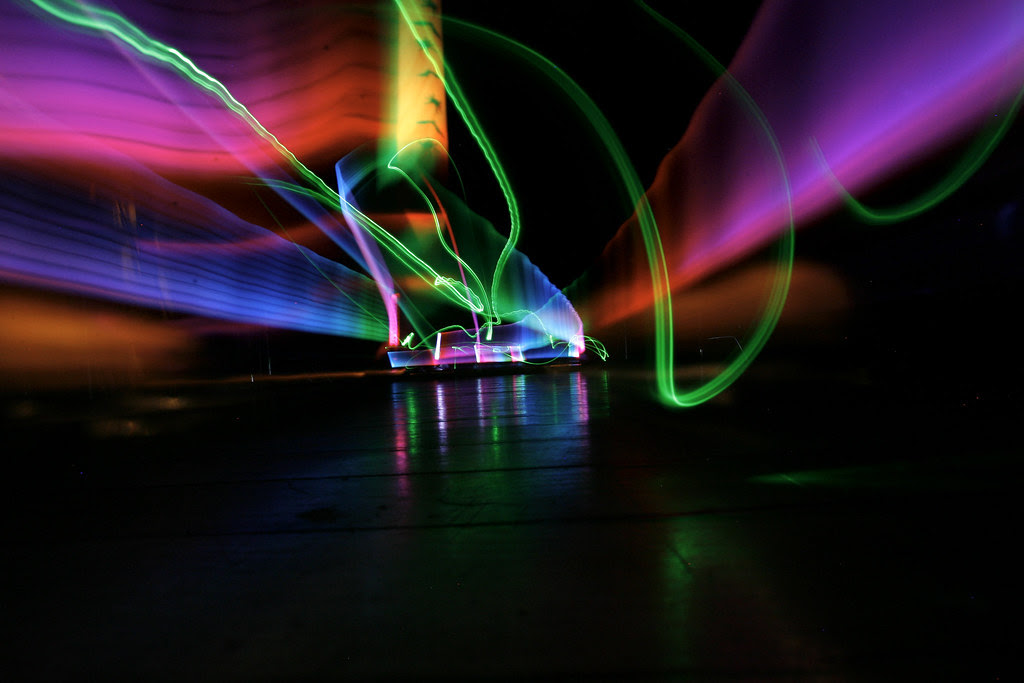 Hey there,
Apologies for a lack of updates. I'm sure both of you are pissed. Just added a new post at the now-functioning, consistently updated MRI blog. Check 'er out. Also added a new 30 seconds of nothing. Its nothing-tastic.

MRI Lightpainting
30 Seconds of Nothing

Love,
The Troof
Posted by Clitoris Rex at 1:00 PM 4 comments: