BOREDOMS - 77 BOADRUM - ONE TIME ONLY

OGRE WE ARE SUCH FUCKING ASSHOLES FOR NOT GOING TO THIS.

Posted by Clitoris Rex at 5:51 PM No comments:

Trying something new. Still the uncreative default here, but its stretched out, so it might be a little easier to read.

If either of you have a problem with it, please let me know.
Posted by Clitoris Rex at 1:55 PM 3 comments: 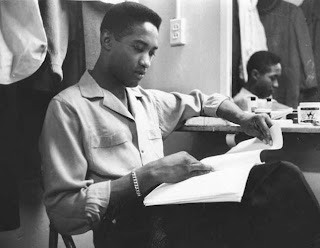 Fucking Sam Cooke, could you be any greater? Damnit this song is way too good to exist, but I'm glad it does.

Also...turns out this fly FHM girl is named Sam Cooke too. Thanks google image search. 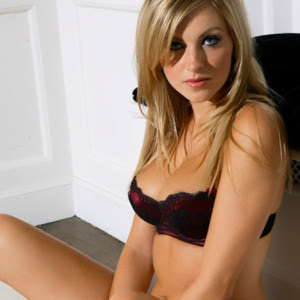 Posted by Clitoris Rex at 5:30 PM No comments: 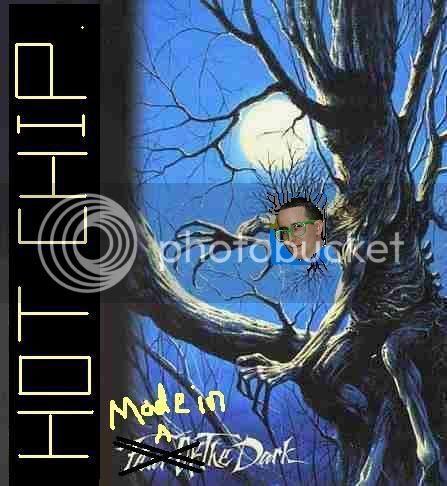 So I finally wrapped up that Hot Chip interview/feature for MetroDotPop magazine. It was a strange beast, I had a long time to complete it, yet I only had about two days with the album before I did the review. So the interview devolved into a fan-boy session, me telling Owen how sweet their music is, etc. After that though, I had a long time to love the album.

I suppose music becomes really relevant to me when I associate it with experiences. Something tangible to attach the sounds to...this album became a classic when I danced to "Ready for the Floor" in Brooklyn, when "Shake a Fist" opened up my New Years Eve, when I played it for my friends and they actually really liked it, when the fast songs pulled me out of "the funk", when the slow songs threw me right back into it.

So as my experience with this album constantly changed, it became harder to write, the album kept growing to fit all of my associations, and the sound of it was big enough to accommodate. So I probably wrote about 40 versions of this thing, no joke, in various states of mind, different angles, etc., until my true procrastinators spirit took hold and I vomited this version out the day it was due.

I'm happy with most of it, but this whole thing will continue to grow. Anyway, enjoy. 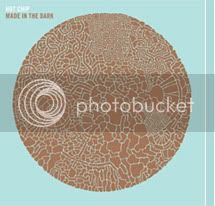 HOT CHIP DO IT IN THE DARK
in MetroDotPop Magazine, March 2008.

Hot Chip doesn’t really cater to the single-genre pimps of the world. There’s a lot of awesome music out there these days, and for my money, Hot Chip demonstrates the best way to distill this wicked variety of sounds into something truly unique.

Their debut, 2005’s “Coming on Strong” was a an understated and laid back amalgamation of the band’s disparate influences: Prince worship, UK Garage, Warp-ish electronica, analog synthesizers, lo-fi funk, easy folk, and hip hop posturing all came together to create something that was bigger than the sum of its parts.

Onstage though, the band had little reverence for the “laid back” sounds on their debut. Songs that were once quiet headphone experiences now came through as thumping beasts, huge and geared to do nothing more than to give crowds a reason to live.

With the absurdly catchy “Over and Over” as its lead single, Hot Chip’s second album, 2006’s “The Warning” solidified Hot Chip’s relevance in the great world of sound. For the first time, their laid back headphone sound and their raucous stage sound shared the same space. “The Warning” was a critical success, nominated for the Mercury prize and an avalanche of similar accolades from the blog-o-whatever and ‘teh internets’.

Not a crew to be found sitting on their asses, Hot Chip got to work on the follow up to “The Warning” as soon as they could. They worked everywhere, on the road, in the home studio, and on various bedroom rigs, piecing together a new record from all available dimensions. According to Owen Clarke, Hot Chip’s graphic designer and multi-instrumentalist, they played with different spaces on purpose, “its not like listening to a record where its got that one little world, or point…’Rain Dogs’ by Tom Waits is very much like a little world…this one’s like a solar system”.

Owen is right, the resulting album, “Made in the Dark” (out on February 4th on Astralwerks/EMI) is massive. It roars off the block with “Out at the Pictures”, a two-stepping disco monster of a track that was designed to represent Hot Chip’s famous live sound. “Playing live informed the making of the record, we did want to incorporate some of that feel, so we recorded three of the tracks live, as a band, in one room”, Owen explains, “But also we were aware of the things we weren’t doing live, the softer more personal songs that are on the first two albums…songs that you want to listen to in your headphones or in your home.”

He’s talking about songs like the title track, the beautiful and slow moving, “We’re Looking for a Lot of Love”, and the Brian Wilson-esque album closer, “In the Privacy of our Love”. These songs are all huge lighters-in-the-air ballads, hemlock to the heartbroken, God to the stoners.

Beyond the ballads, shit, even during the ballads, Hot Chip go for the throat. Whether it’s the wailing 60’s guitar on “One Pure Thought”, the Talking Heads jam-fest “Hold-On”, or the new crowd favorite, “Ready for the Floor”, everything is pushed into the red. This is Hot Chip on steroids, cycling through their influences, death-gripping the best parts from all genres and assembling them, in the dark, to create their most rewarding solar system (album) to date.

Made In the Dark Microsite

Also, here are some bonus reviews I did for the magazine. 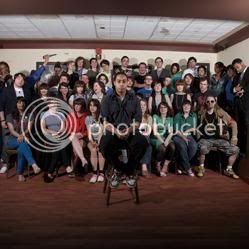 I actually just got into a fight with my co-worker about this exact kind of music. Co-worker feels that Cadence Weapon and his contemporaries (Spank Rock, Cool Kids, Amanda Blank, etc) are bastardizing the pure genre of hip hop by using distinctly “non hip-hop” elements (dance rhythms, other genres, experimental sounds) as part of their identity. I didn’t agree, I feel that these kids use key elements of hip hop as well as other parallel sounds to make something larger and more inventive…thus making it bigger than typical genre constraints. My argument included a bunch of stupid words like “schema”, phrases like “genre-straddling” and ended in a series of personal attacks. We are no longer speaking.

That being said, Afterparty Babies is a fun listen. The beats – shiny chunks of tech inspired dance music are brilliant, and Rollie Pemberton uses his nerdy, off kilter bro-flow to say things like, “I hang with the idiot like I was Ian Curtis”. Blasphemy never sounded so good.

GOOD SHOES - THINK BEFORE YOU SPEAK

Art Brut, Maximo Park, Futureheads, Franz Ferdinand, Bloc Party…Good Shoes? Maybe. “Think Before You Speak” comes damn close to being in the same league as the above list of Brits (yes, I know Franz Ferdinand is Scottish…jeez). Jumpy guitars, severe accents, and short songs are an extremely good look here, but their best bits come during these tiny little breakdowns where they stop the singing and let their obviously accomplished guitar players jump each others wake. Good Shoes present their sound well, but with so many bands on their small island making similar stuff, I’m really eager to see what these guys are willing to do in the future to set themselves apart. Crikey.

Other than that, uhh....thats it. Have very much good today. Attack!
Posted by Clitoris Rex at 11:27 AM 1 comment:

I know this went down on Thursday, but, FUCK. What a fantastic show. Mastodon opened for Neurosis, but they looked like of scared kids compared to Neurosis...which makes sense, Mastodon would not exist without Neurosis.

They played mostly, new(ish) stuff, which is fine, they knew what they were doing, I trusted them. The sound quality was also fucking excellent and my two mates stuffed with weed brownies could barely speak when it was all over. I'm so glad I am listening to these guys again.


Enjoy.
Posted by Clitoris Rex at 7:41 PM No comments:

Jamie Liddell is back 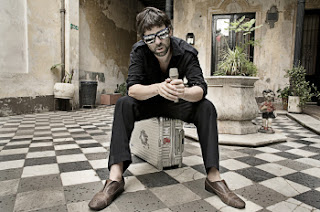 The other day I was just thinking about where this crazy bastard had gone off to. Last time I saw him was at the afterparty for one of his shows. I bought him shots and tried to pimp my female friend onto him (she was into it) because I fuckin love the guy. "Multiply" carried me through my first summer living in Brooklyn, rubbing grain and scratches and soul all over the scenery around me.

You can call him 'Jim' now, as Warp released this video of him cruising a live version of a new track he is working on. Its wonderful.

Enjoy.
Posted by Clitoris Rex at 2:36 PM No comments:

This is great and as a Minneapolis expat, I've been listening to it all day.

Its a mini-album put together by Atmosphere (as if they needed more output) to dose people for their upcoming new record. Enjoy!

For my Friday Leg-Humpers out there

I wasn't going to post this shit until my co-worker took one look and said,

"this shit is disrespectful to the entire art form"

The first few days of the year have passed, each one chock full of more stress and bullshit than the next. I have a few writing jobs to wrap up:

2. Interview with Hot Chip for Metro Dot Pop that became a gush-fest, me spraying fan boy juice all over Owen, a founding member. The interview is not done yet, but damn if it isn't clipped around my neck.

3. A story about a kid who found a whole wall of classic graffiti from the downtown new york greats (Fab 5, Rammelzee, Futura 2000) behind the wall of his kitchen. No home for that one yet, but we're working on it.

Yet, they are all terrible beasts, hard to complete, like trying to stuff a mountain lion thats still breathing, snarling, biting. It's writer's block, through and through. My girl has left me, and I find myself more willing to leave work early to land on my couch and be a pussy than write some shit.

So I'm back to updating this thing, in the hopes that writing here will knock out whatever weak blockage I have imagined for myself.

There's a few things coming up:

1. NEUROSIS and MASTODON at the Brooklyn Masonic Temple. They are playing two shows, and I think they might already be sold out. Fuck it though, find a way to get in, and skip the drugs, if you have so much as a Dayquil in your body you will definitely lose your shit as both bands roll over your frail bones in a Riff-Tank built from shattered amplifiers and the bones of animals long extinct...fuck.

2, JUSTICE at Madison Square Garden on March 11th. Tickets are actually on sale for this one, I would recommend going, even if you get nosebleed tickets, simply for the fact that they close their sit with a mix of Ministry's Psalm 69 and that fucking song "We Are Your Friends"

So thats all I can think of right now. 2008 is a weird one already, but lets make it different. Good, bad whatever, just different.

In the spirit of change, that unreleased Bloc Party track, "Flux", for you to download. Enjoy.

This is great, not only is it the first strong light graf video I've seen, the song is fuckin' awesome. Enjoy.

Get the High Res version here.
Posted by Clitoris Rex at 9:39 PM No comments: