Ok, so this blog has been redesigned because Joey is a gangster and a big sex. It will eventually be repurposed into something larger, but for now its business as usual.
Go to the NEW NAMEDROPACID NOW!

I will eventually put in a proper redirect, but I will be posting there from now on, ya heard?

EDIT: Lets give blogger a proper send-off though. I loved this site, posting here as often as I could to remember all the insane shit I was getting myself into. If you have been reading that whole time, I can't thank you enough. I realize you have a choice among the many self-absorbed fools yammering away on the internet, but you chose me, and I appreciate that. This has been an amazing journey and I will miss it, but the new improved namedropacid.com will give us a ton of new and amazing opportunities.

Thanks!
Posted by Clitoris Rex at 10:54 AM No comments:

Obligatory "I'm listening to this and so should you" post. 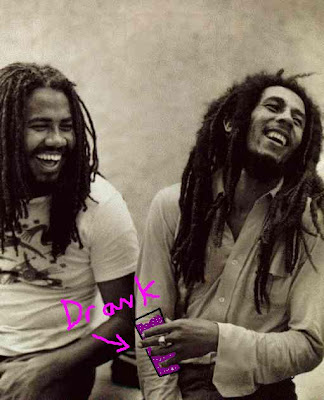 1. Check out this screwed up version of Bob Marley's track "Johnny Was" by my friend Shane. This dude has been doing some amazing shit, screwing up Animal Collective, Beach House, and more with some great results.

2. In other screw music news, this is the most beastly screwed and chopped song I've heard in a long time.

I heard about it through 20Jazzfunkgreats, a blog thats fun to read because all of their reviews sound like this:

This track sounds like a Tyrannosaurus Rex made of lasers stomping through the bathroom of an Italian disco, spewing cocaine from its nostrils, shitting disco balls, and growling Moroder synth lines.

Or something like that, and that's great. Anyway, this is a track called "Yes Suh" by Baby Bash screwed and chopped by Choppaholix to the point that it basically sounds like "Eaten" by Bloodbath. The greatest song ever.


3. The Used - Burning Down the House
Yes. Talking Heads. Covered by THE FUCKING USED. I'm only vaguely sorry for the shitty sound quality. Actually, its probably good that it sounds like it was recorded from something else, because if you heard the real version you would probably implode from all the WORST SHIT EVER running through your body. Kind of like how if you look at an eclipse directly it will burn your eyes out of your skull. Fuck. Next thing you know, Vampire Weekend will be covering Ministry.


4. Oceans in Space. He's the most talented person I know, and his music can be challenging, but his stuff lately has been the most focused I've heard out of him in years. This video around the 2:30 mark becomes something transcendent. Like Fennesz covering Ulrich Schnauss or something.


5. This girl, Heather. I just got the great news that she will be coming up to New York (as will her awesome, zombie-obsessed boyfriend) from Kentucky to celebrate for my girl's birthday in May. We've been trying to get her up here to record for a while now, and I'm really glad it's coming together. I've heard her sing and she is a TRUE talent. I spend a lot of time surrounded by questionably talented musicians, so its become quite easy to spot an actual talent among all the dross. Her recorded output (this video included) does not represent her accurately. So when she gets up here, we are going to get something decent recorded. Something she can show people. I can't wait. Here she is covering Grizzly Bear


6. Amherst.
I love these guys. As people, they can't be beat (check out Geetar Danny's blog here). And as a band, they have such a bright future. A bunch of truly dedicated guys with all the right influences. I think they've conquered their hometown of Louisville pretty thoroughly so I am excited that they too will be coming up to NY in the summer to play a show. Anyone out here I'm forcing you to come. They also just got a pro-style video done. It looks great and reminds me of all the evenings I spent watching 120 minutes. The format is very classic, and that's a good thing.


6.5 My friend Drew is an asshole. Or at least that's what he wants you to think. He's actually a big softie, more on that later. Anyway, he had the amazing idea of interviewing bands, getting drunk with them (he has the connections and the talent to make this really work) and posting it as a series on the web. I'm saying that here because I think you should all go to Drew's myspace, read his great great writing, and harass him into making this dream a reality. Good ideas need support, fires under and kicks to the ass to make them work. So yeah. That.

Alright that's it for now. Thanks for reading.